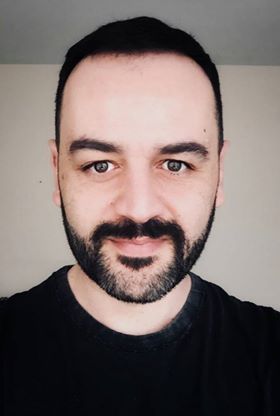 Demetris Zavros is a Senior lecturer in Drama and Course Leader of BA Acting at the University of Wolverhampton.

He is research group depute for CCHIP (Centre for Creativity, History and Identity in Performance). His research interests lie in the areas of contemporary theatre and performance praxis; postdramatic theatre; composed theatre and musical dramaturgies; and intermedial theatre practices and Practice-as-Research methodologies. He has a special interest in verbatim (musical) theatre (aesthetics and politics) and has been recently involved in a PaR project exploring intermediality and compositional practice in site-specific verbatim musical theatre for Pafos 2017 European Capital of Culture. He has published in the areas of composed theatre, Jan Fabre, postdramatic music theatre, and music-centric re-conceptualisations of myth in theatre and performance (through practice and publication). He is Associate Director of the theatre company Altitude North and has also worked as a freelance composer for the theatre internationally. In 2012 he received the Best Music Award for Electra and Orestes: The Trial (THOC).

Demetris has worked as a teacher in Primary, Secondary and Higher Education. He has also worked extensively as a freelance composer/director for the last five years collaborating with theatre organizations, groups, and artists internationally.

He was also commissioned to compose music for a dance-theatre piece as part of the ceremony of the 50th anniversary of the Cypriot Independence (2010). He has also worked as Musical Director and Orchestrator in several projects including: Edinburgh Festival (Strangers in the House, Gingers The Musical), Maison de l’UNESCO (Musical Di-mentia, Paris, 2012).

Music for Theatre and Dance

Demetris is available for PhD supervision in the following areas: