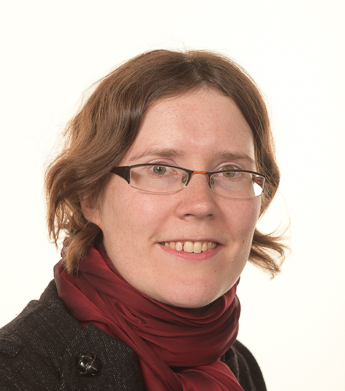 I specialise in medieval religious drama, with a particular interest in time and gender. Recent works include articles on the hortus conclusus in Cornish religious drama and on the nails used to crucify Christ in the York 'Crucifixion' pageant and domestic arguments between Mary and Joseph in the N-Town plays.

My other research interests include periodization and memory; medieval depictions of Jews and Saracens; narratives of cannibalism and their relation to the Eucharist; medievalism in modern board game culture; examining dramatic performance as a means of reassessing lay theologies during the early Reformation and the performance and adaptation of medieval plays for modern audiences.

I also work as a theatre director and storyteller, and write short stories and plays.

I welcome research proposals in the areas of medieval and renaissance drama; gender and queer theory; constructions of the medieval ‘other’; medieval romance; fabliaux, bawdiness and comic narrative; time theory; medievalism in popular culture; Chaucer; Shakespeare and writing for performance.

I am currently working on my first monograph, ‘Play Time: Temporality, Gender and Conflict in Medieval Religious Drama’. I am also writing a chapter on women’s performance in medieval and early modern Europe, and am co-editing essay collections on medieval gender and emotion and on Shakespeare and the traditions of early theatre. Other forthcoming research projects include a project on food in medieval drama, beginning with an article on cannibalism and cookery in the Croxton ‘Play of the Sacrament’.

Creative projects include a storytelling performance of the Bayeux Tapestry and a collection of modern mystery plays.

I am one of the AHRC / BBC Radio 3 New Generation Thinkers.

Black, Daisy, ‘Theatre and Performance’ in The Routledge History of Women in Early Modern Europe, ed. by Amanda Capern (Routledge, 2019).

Black, Daisy, ‘Dressing the Pleasure Garden: Creation, Recreation and Varieties of Pleasure in the two texts of the Norwich Grocers’ Play’, in The Medieval and Early Modern Garden in Britain: Enclosure and Transformation, 1200-1750, ed. by Patricia Skinner and Theresa Tyers (New York: Routledge, 2018), pp. 102-122.

Play: The Alchemist’s Daughter (Performed at the Royal College of Physicians, 10th March 2016).

3rd March 2020:     Guest on BBC Radio 3’s ‘Free Thinking’ talking about women in performance and the history of gossip.

My previous position was as a Lecturer in English Literature at the University of Hull, where I taught:

I have produced several medieval mystery plays in Manchester and Sheffield, and over the last few years have been commissioned by Manchester Cathedral to produce a series of historical monologues. The monologue based on Dr John Dee’s daughter, Katharine, was recently performed alongside an exhibition on Dee at the Royal College of Physicians in London.

As a teller of medieval stories, I am currently performing ‘Broken Shells’, a storytelling project weaving narratives from Chaucer’s ‘Man of Law’s Tale’, the Albina myth and the poetry of Sappho together with folk music in order to raise funds and awareness for refugees at Calais and Lesbos. I am also working on a new one-woman show, ‘The Bayeux Tapestry: The Full Yarn’.

I run medieval drama and Shakespeare workshops at national folk and storytelling festivals.

I am happy to advise any students interested in using their English degree in the creative arts and arts management.