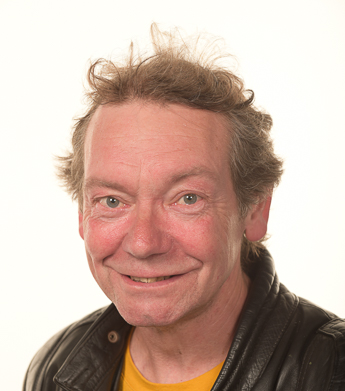 Craig has over 25 years’ experience within the zeolite community, he developed an interest in zeolites during the final year of his BSc studies at Salford University while attending a series of lectures given by Prof Alan Dyer.  On graduating at Salford, Prof Dyer offered Craig a research MSc looking at the use of zeolites to act as slow release agents for anthelmintic drugs.  This work proved to be very successful and led to a PhD in this research area.  During both his MSc and PhD Craig joined Prof Alan Dyer on many trips to Scotland where they searched for natural zeolites on several of the Scottish Islands.   This research work is still ongoing with recent trips to Skye, Islay, Jura and Arran.

After his PhD studies Craig worked as a research fellow at Edinburgh and Liverpool Universities.  In 1990 he joined the staff at Wolverhampton and in 1993 established the meso and microporous research group to study the problems involved in zeolite synthesis and isomorphous substitution.  This group now has 27 successfully completed PhD studies.  He is an internationally leading figure in the synthesis of metal substituted zeolite frameworks.  To date five patents and over 80 publications on various aspects of zeolite science in refereed journals have been produced.

In 1999 he was elected a Fellow of the Royal Society of Chemistry (RSC) and has served as Secretary and Chair of the Analytical Division of the Midlands Region of the RSC and Secretary of the Industrial Inorganic Chemicals Sector of the RSC.  He is also immediate past Secretary of the British Zeolite Association (BZA).  His background has a balance of synthesis, diffusion and catalytic applications, which make it highly relevant for industrially applicable research work.  Wolverhampton is ideally equipped to undertake the core of this work including synthesis facilities, and has three X-ray powder diffractometers (XRD), an X-ray fluorescence (XRF) spectrometer and two scanning electron microscopes, for characterising the zeolites produced.  He has recently taken possession of an Intelligent Gravimetric Analyzer (IGA HIDEN) for accurate measurement of pore sorption and Temperature-Programmed Desorption (TPD) studies.

In 1994 his group discovered a method of loading zeolites with metals replacing up to 82.5% of the total aluminium content.  This method involved the use of tetrahedral oxo anion metal species MO4n-.  Initially work was centred on zeolite L and the substitution of iron and manganese into the zeolite framework.  The work proved to be so successful that the methodology for iron and manganese substitution into a variety of zeolites was patented as well as being published.  The iron containing zeolite L has been catalytically tested.  This study showed that the product distribution for the framework iron species was very different from that achieved using iron ion-exchanged into the zeolite.  A range of isomorphously substituted Ru-ZSM-5 samples has also been produced and recently a range of Sc and Cu substituted ZSM-5 samples has been successfully synthesised.  More recently he has worked on the conversation of waste materials into synthetic zeolites and the development of antibacterial zeolites for wound treatment.

In 2013 he was awarded a Royal Society Leverhulme “Award for Africa” grant in collaboration with KNUST in Ghana, looking at taking mine waste and converting it into zeolites for subsequent use as filters for the mine leachate.

Zeolites and micro and mesoporous materials

Fellow of the Royal Society of Chemistry, Charted Chemist