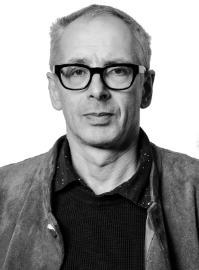 Reader in the Moving Image

Adam Kossoff is a filmmaker-artist and writer whose research has been funded by the AHRC and the Arts Council. In the past few years his experimental and essayistic films have travelled the world to film festivals and screenings and are distributed by Lux.org. His work explores the spaces and places we live, and how the history of these spaces affect and move us in the present. His more recent work includes How They Hate Us (2016), U-Turn (2016), Animal Architecture (2014) and The Anarchist Rabbi (2014). He has recently screened and exhibited work at the London Film Festival (2016), Montreal World Film Festival (2016), the ICA (2016), East End Film Festival (2015), Wolverhampton Art Gallery (2015), Dudley Zoo (2015), and Whitechapel Gallery (2014), amongst others.

Kossoff leads the Digital Theory, Technology and Practice research group. Drawn from a cross-disciplinary environment, DTTP brings together practitioners and theorists (including artists, experimental filmmakers, animators and digital artists and theorists) who experiment with the technological and performative potential of the moving image and the virtual.

An artist-filmmaker and writer, Kossoff’s work addresses and questions the relationship of the moving image to different spatial and technological contexts. His recent practice includes essayistic documentaries on Palestine/Israel, nationalism and otherness, architecture and otherness and the relationship between space and place.

With his recent experimental Super 8mm films he has also been exploring the evolution and changing dynamics of analogue film in the digital age and is co-curating (with Simon Payne and Andrew Vallance) screenings/symposium on this issue for the Whitechapel Gallery, London.

Selected exhibitions and screenings including –

After working in the theatre as a writer/director, Kossoff began making films for television and the cinema in the 1980’s, including several documentaries and a feature film. I subsequently branched out into more experimental and arts based areas.