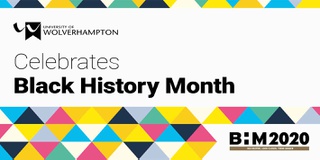 Wolverhampton is advancing opportunities to pursue academic research at the highest level, elements of which are regarded as internationally excellent, and the evidence suggests that we are set to go from strength to strength.

In recognition of our research excellence, in 2009 the University was awarded almost £2 million for Quality Research by the Higher Education Funding Council for England (HEFCE). Our success in the Research Assessment Exercise (RAE) 2008, resulted in the highest Quality Research allocation for a new university in the West Midlands.

Eight out of the 11 research areas examined during this peer review exercise had elements which were regarded as world leading. In addition, all of our submissions had internationally excellent work, and our overall score places us in the category of ‘internationally recognised’.

Our excellent research performance across the board, particularly in areas around design, IT, language of computing, the built environment and brain tumours, reflects the efforts of staff and the University’s ongoing drive for discovery and innovation.

The official launch of the Centre for Developmental and Applied Research in Education (CeDARE) took place in February 2009. Based at our Walsall Campus, CeDARE has built upon research achievements at the School of Education.

The Centre offers a forum for researchers, academics, policy makers and practitioners to exchange ideas, build capacity to investigate significant issues faced by educationalists, and undertake significant increases in commissioned research. The Centre is rapidly establishing itself as a high quality leader of evaluation and impact studies.

A body of knowledge

The study showed that players from top performing teams were taller and leaner than those from less successful teams. In a separate study, Professor Nevill also found that the most successful teams over the past 40 years have been those who fielded a consistent and unchanged side throughout a season.

Dr Angel Armesilla, Reader in Molecular Pharmacology at the University’s Research Institute in Healthcare Science, was awarded a pilot grant worth £20,000 to study why chemotherapy fails to destroy around 40% of breast cancers. Dr Armesilla’s innovative research project is seeking ways to improve the sensitivity of breast cancer cells to chemotherapy.

Dr Tehmina Basit, from the University’s School of Education, successfully bid for £66,892 from the Economic and Social Research Council (ESRC) to conduct an in-depth study of three generations of British South Asian families. Dr Basit’s study seeks to establish how education affects family relationships and how family attributes are perceived by each generation.

Research designed to examine why people hold such different views of the police was granted funding of £98,000 by the Economic and Social Research Council (ESRC) in 2009. Policing expert Professor Peter Waddington, Director of the University’s History and Governance Research Institute, leads a team who will examine behaviour that leaves the public with an unflattering impression of the force and identify good practice.

Experts from the University’s Cybermetrics research group are joining a European consortium to investigate the role of emotions in cyberspace by creating programs to automatically detect emotion in text. The four-year research programme is a European Commission funded project which looks at the role of collective emotions in creating, forming and breaking up e-communities.

A senior terrorism researcher from the University will bring together UK contacts from emergency services, prisons, local authorities, education and the media who are experiencing problems caused by violent extremism. Dr George Kassimeris has been awarded more than £50,000 from the Leonardo da Vinci programme for a new project to prevent violent extremism and plans to link with the CIDOB Foundation, a world-renowned centre for the study of understanding terrorism and political extremism in Spain.

Memories of his childhood in Zimbabwe prompted Moses Murandu to investigate the healing properties of granulated sugar, which was routinely used to heal wounds and reduce pain. In 2009, he was awarded the prestigious Fondation Le Lous Scientific Research Innovation Award and £25,000 to enable him to research the effect of sugar on patients’ wounds here in the UK. Mr Murandu, Senior Lecturer in Adult Nursing at the School of Health and Wellbeing, is conducting his research on the vascular ward at Selly Oak Hospital in Birmingham.

University of Wolverhampton researchers are working on a major new project looking at how languages are taught in schools. The two-year project, which has been commissioned by the Training and Development Agency, commenced in 2009. Specialists from Language Networks for Excellence at the University became part of a consortium whose research will inform the development of a long-term strategy for high quality delivery of world languages in schools in England.